AIK´s defender Dimitriadis have been sold to the  turkish team Gençlerbirligi Spor Kulübü.

They play in the Turkish “Süper Lig” (highest series), in Ankara was founded in 1923. Gençlerbirligi Spor Kulübü has their home turf at 19 Mayıs Stadyumu, a stadium that can take a bit over 19000 persons.

Panajotis Dimitriadis has really improved lately. I like his way of playing smart and never take stupid chances. He made his debut in AIK   mars 31, 2014. 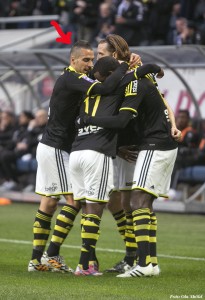 Dimitriadis with his mates after a goal. 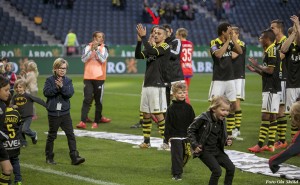 Panajotis Dimitriadis making a teak tribute to their main fans at Friends Arena.

Sad to lose a great player, but thanks for your excellent work in AIK, and good luck in Turkey!